Before we get to the day after reactions, Seton Hall received some welcome news as Eugene McCrory, a 6'8 (or is it, 6'6?) senior from KIMA high school in Washington D.C., has verbally committed to play in Newark, next season.  Josh Barr of the Washington Post reports:

McCrory, a 6-foot-8 senior, scored 19 points and grabbed 14 rebounds in a 65-63 victory over Progressive Christian Saturday. While McCrory has been putting up double-doubles all season, this was a timely performance, with Seton Hall assistant Scott Adubato in attendance.

After the game, Adubato invited McCrory to the school's New Jersey campus for an official visit on Sunday and an opportunity to watch the Pirates play DePaul.  So instead of driving to Hagerstown for a postseason all-star game media day, McCrory headed north on Interstate 95 Sunday morning. A few hours after the Pirates' 79-71 victory, he had accepted Seton Hall's scholarship offer.

First, it sounds as McCrory has been touted as being a bit taller than he is as most reports list him at 6'6.  Hopefully he's a bit in between. That said, I like it, granted, he's not a top recruit coming out of the '10 class, but depth for the front-court was an absolute must going into next year and honestly, it's great that Bobby and Scott made a commitment to McCrory.  As discussed in the article, Seton Hall was previously concerned regarding McCrory's weight, however, according to his head coach, "that's all changed."  I'd have to believe that statement is correct, considering the issues surrounding Melvyn Oliver and his conditioning this season.  If McCrory has put in some serious work to get rid of the, "overweight" stigma, bringing him in might prove to be beneficial on and off the court.  Who knows, maybe he can assist Oliver in making the necessary changes to get in better shape as well.

From Barr's piece there's an interesting quote from his head coach at KIMA, Levet Brown:

"He just has to get the scores on the SAT or the ACT. He's been working hard."

Interesting indeed.  Why would Brown mention this if grades weren't an issue? The statement, "just has to get the scores," followed by, "he's been working hard," is a bit troubling, especially following the blunder that was Jesse Morgan.  Is Brown providing an out for McCrory if, "the grades" don't meet the qualification? Or is he simply stating that there's one technicality standing between his player and Seton Hall? I don't know, but the idea of recruiting another, "academically-risky" player is very worrisome.

"Drop steps, left hand, right hand, everything. He goes and gets rebounds...rebounds out of his area. Great kid. Great teammate. Reminds me of (Chris, a freshman at Charlotte) Braswell during his senior year, in that he takes a lot of charges".

ESPN lists McCrory as the 113th PF (ouch) and last scouted him in July when they reported:

This left handed undersized power forward is a good - not great - athlete that can finish above the rim with a step on the defense when he receives drop off passes. McCorey is physical and plays with urgency on both ends. He will give up his body in an attempt to take a charge on the defensive end. McCorey has an aggressive style of play that helps him be an excellent rebounder. He runs the floor well and makes himself a big low post target. When McCorey draws a second defender in the post he makes the defense pay with his ability to pass out of the post. McCorey played well in the 17U Super Showcase Championship game scoring 9 first half points. This power forward is one to watch as he continues to develop during his senior year. 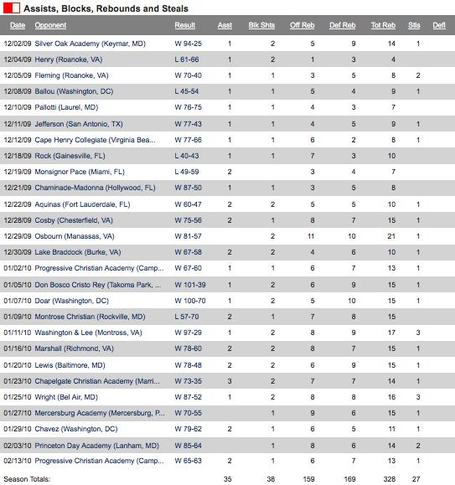 We will have much more to come on Eugene McCrory.  One Eugenius will get set to leave the Pirates following the end of the season as another is ready to call South Orange his home.  Welcome and best of luck Eugene!