"I also loved the campus and the coaches and staff members there. It felt like another family," said Manga.

Born and raised in Orleans, France, Stephane Manga has adapted to the American lifestyle and is poised to sign with Seton Hall today as the first member of the Pirates' 2013 recruiting class.

Stephane went through a relatively smooth transition from life in France to living in the United States. One of his biggest obstacles, he told SouthOrangeJuice.com, was the language barrier. "It really wasn't that bad transforming from France to New York. I would say learning better English was the hard part, but basketball was my life -- that never changed," explained Manga.

Prior to his productive season at Monroe College (N.Y.) this winter, Stephane played sparingly for one season at Salt Lake CC (Utah), which ultimately failed to bear fruit. "When I came to Monroe College, they gave me a chance to show my skills and I proved a lot of people wrong," said Manga. A basketball player since the age of 8, Manga played ball at Princeton Day Academy (Md.) prior to traveling across the country to Salt Lake CC.

Stephane has become friends with Seton Hall forward Fuquan Edwin, who helped the Pirates land the junior college slasher by genuinely introducing him to Seton Hall while just hanging out, or on recruiting visits. "He [Edwin] told me that me and him would be great teammates and that I would be a big part to Seton Hall. I also loved the campus and the coaches and staff members there. It felt like another family," said Manga. 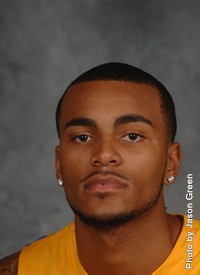 et to major in Business Administration at Seton Hall, Stephane Manga carries over a 3.1 GPA, 15.2 ppg, and 5.7 rpg from Monroe. After playing junior college ball for two seasons, Stephane can't wait to play in the 'new' Big East, which will form on July 1st. "I'm very excited. I know there will be a lot of great talent, and I'm ready to compete against the best," he said.

After proving his ability with extended playing time at Monroe, Manga is not shy about his desire to shine at Seton Hall. "Well, to be honest, my mind is set on going into the school and starting right away," said Stephane, whose optimal position is small forward. "I know I have to compete regardless of what coaches tell me, so I'm just ready and willing to push myself everyday in practice for my minutes," he affirmed.

Xavier, Kansas State, Oklahoma State, Arizona State, Minnesota and Wichita State had been recruiting Manga prior to his commitment to Seton Hall. Despite offers from Oklahoma State and Xavier, Stephane chose Seton Hall because of the "coaches, players, and the [overall] atmosphere of the school."

SCOUTING REPORT - Manga is a very athletic wing that reminds me of a younger Fuquan Edwin. He runs the floor well for his size, has above average court vision, and excels when taking the ball to the rim. Stephane thrives when playing uptempo, much like his friend and future teammate, FuquanEdwin. But, like Edwin coming out of high school, Stephane has one specific part of his game that he needs to improve on this summer: shooting. He shot 8-26 (30.7%) from 3pt last season at Monroe.

I watched game tape of Stephane Manga play 3 full games for Monroe last season. The following are my notes.

Offense:
Pros - can take defenders off dribble, skilled around the rim, can run the open court, above average passing
Cons - 1-dimensional, needs to work on general jump shooting
Notes - faces up defenders, def. more of a 3 than 4