Here is our continuing coverage from the 2014 Reebok Breakout Classic. Content from Wednesday can be read here. 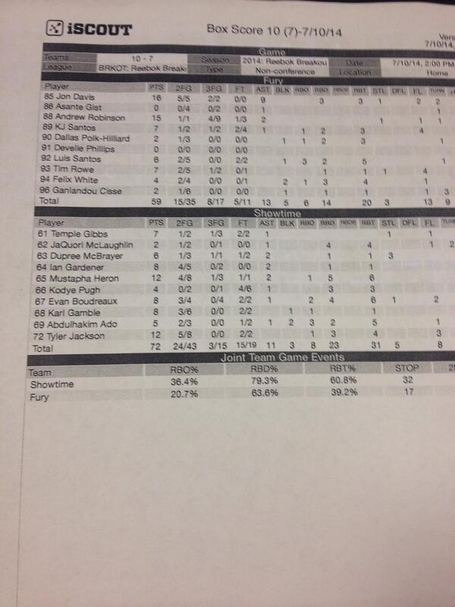 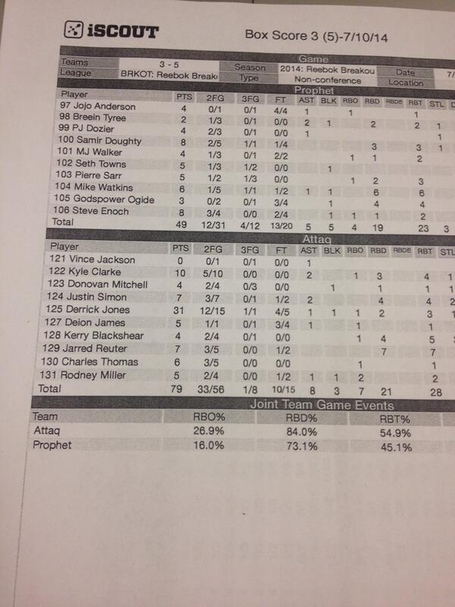 2015 guard/wing Derrick Jones (31 pts, 12-15 fg) - With the help of 2015s Donovan Mitchell and Justin Simon, the trio put on a show and Jones finished with an event-high 31 points as Team 3/Attaq steamrolled their opponents by 30 in the 4 p.m. matchup on court two. Jones threw down several powerful dunks in transition after all three moved the ball around, propelling their team to a safe lead. The buzz at Breakout Classic is that Jones is one of the best players in attendance. Kevin Ollie and dozens of other high-major coaches were watching him today.

2015 forward Horace Spencer (17 points, 17 rebounds)- The long power forward had his best game of the camp so far in the 5 p.m. game on court two in front of Seton Hall's Fred Hill and staff from UNLV, Temple (Fran Dunphy), and Kansas State. Spencer (pictured below) plays with a spring in his step (he literally plays on his toes at times) and attitude that fits his up-and-down suited game. Spencer made more of an effort to contribute in the paint and it paid off with 17 points and 17 boards. Horace also displayed the ability to create deflections in the lane with his wingspan against both guards and forwards attempting to face up. Spencer told Adam Zagoria of SNY about his visit to Seton Hall last Monday here. 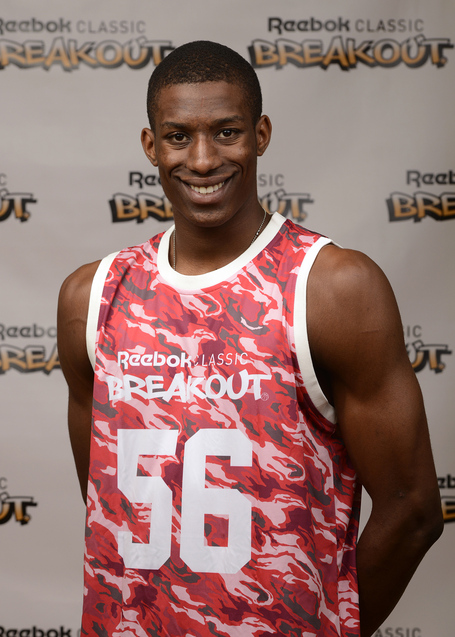 Along with Fred Hill, Seton Hall's associate head coach Shaheen Holloway made another appearance early today at the Breakout Classic. Hill was watching court two for an extended period of time while talking with Memphis' Josh Pastner.

Coaches from the following schools were seen at court two during the afternoon (2-5 p.m.) block: