After producing a 186th finish in KenPom and a 232nd RPI rating last season, Antigua and his staff have a lot to do in order to produce similar numbers this season.

Following the departure of seven-year head coach Stan Heath (97-129; 37-89), the South Florida Bulls will endure what is the definition of a rebuilding year in 2014-15 under current head coach and former Kentucky assistant Orlando Antigua.

In the wake of Stan Heath's termination is the graduation of two significant players in Victor Rudd (power forward) and Martino Brock (small forward) and the transfer of seven others, most notably All-AAC Rookie Team center John Egbunu to Florida and point guard Josh Heath -- Stan Heath's son -- to Georgia Tech. In all, USF loses 62.5-percent of its scoring from their 12-20 (3-15) season that ended with nine straight losses.

Seton Hall's trip to South Florida on December 18th will take place during winter break for both schools and will air on CBS Sports Network. After averaging 4,406 paid attendance for their home games at the Sun Dome last season, it's safe to say this contest will resemble a semi-away or neutral court game for Seton Hall.

Orlando Antigua will have to rely heavily on the three players that return from South Florida's 2013-14 season: Senior guard Corey Allen Jr., sophomore center Chris Perry, and junior point guard Anthony Collins, the last of who qualified for a medical redshirt last season after appearing in just eight games. Collins averaged 5.9 apg during that eight-game non-conference stretch, but was shut down due to nagging tendinitis in his knee after having a bursa sac removed from the same knee last summer.

Collins is expected to be USF's starting point guard this season with Allen Jr. alongside at the two-guard spot. Perry will fill in for the departed John Egbunu, who set a USF freshman rebounding record last season. Beyond those three returnees, Antigua's entire roster is littered with uncertainty that will attempted to be resolved via four freshmen, two redshirt freshmen that sat out last season, and two junior college transfers.

Monroe College (N.Y.) (the same junior college that Stephane Manga attended) product Nehemias Morillo will provide an outside threat for a South Florida team that finished dead last (25.8%) in three-point percentage and three-point point distribution (13.9% of total points) last season. Morillo averaged 12.4 ppg and shot 44-145 (30%) from beyond the arc for Monroe last year. USF's other incoming junior college transfer, Jaleel Cousins, will fill in behind Chris Perry at center. The 6-foot-11 Cousins (7.1 ppg, 4.8 rpg at Navarro College) is the younger brother of Sacramento Kings center and former Kentucky player Demarcus Cousins and was reportedly offered by Seton Hall while being recruited out of the 2012 class several years ago.

As for redshirt freshmen, 6-foot-6 forward Dre Clayton projects as a three or four next season after sitting out 2013-14 due to a ruptured achilles he suffered as a senior in high school. Stan Heath described him as his "X-factor guy" when he signed last year: "He can do a little bit of everything. He can play inside and outside. He can play a three or a four and is physically gifted at 6-6 about 250. He is an enforcer and has a Ron Anderson [Jr.] leadership type personality on the court but also has the perimeter skills to be a matchup nightmare for an opponent." 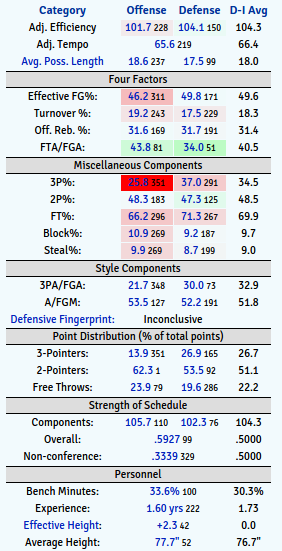 Byron 'Bo' Zeigler joins Clayton as another redshirt freshman that projects to play a major role for USF in 2014-15. Zeigler was a highly touted 2013 wing out of Michigan, having chosen USF over offers from Providence, Iowa, Iowa State, Tennessee, and other high-majors. However, it appears that Zeigler was redshirted last season due to ample depth and not an injury, which is peculiar given his recruiting stature.

Finally, Orlando Antigua looks to have two impact freshmen at his disposal this season. Troy Holston Jr., who was offered by Alabama, Kansas State, Marquette, Memphis, Miami (Fla.), and others, will fill in behind Corey Allen Jr. at shooting guard. 6-foot-11 Ruben Guerrero, a u-18 Spanish international who received interest from Indiana prior to pledging to USF, will compete with Jaleel Cousins for time behind Chris Perry at center.

After producing a 186th finish in KenPom and a 232nd RPI rating last season, Antigua and his staff have a lot to do in order to produce similar numbers this season. Out of the 160 total (32 games x 5 starters) starts given last season, USF's three returnees (Allen Jr., Perry, Collins) account for just 45 starts of those 160.

With just two non-conference opponents left prior to breaking down the Big East, we preview SEC foe Georgia next Monday followed by Maine on September 29th.